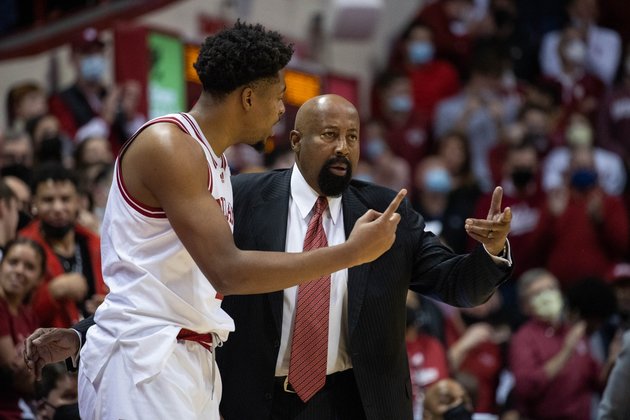 Indiana will try to close a three-game homestand on a positive note when it hosts Penn State on Wednesday in Big Ten play in Bloomington, Ind.

"It's disappointing," Indiana coach Mike Woodson said. "But again, it's my job to make sure that they don't drop the rope and we come back and go to work and get ready for Penn State."

Indiana will have its hands full again on the boards against Penn State center John Harrar, who ranks second in the Big Ten in rebounding at 9.6 rebounds per game. Harrar grabbed 12 rebounds in Penn State's first meeting against Indiana, including four offensive rebounds, as the Nittany Lions won the battle of the boards 39-29.

"We were a step behind all over the floor that night and they took advantage of it, and ended up pulling a game out that I thought we really had a shot to win," Woodson said on his radio show.

"We've been in two straight pretty tough environments, at Ohio State and at Iowa, and it gets tougher at Indiana," Penn State coach Micah Shrewsberry said. "We just have to prepare the same way, we've got to put ourselves in position to win and then we need to execute."

Offensively, Penn State has been led by Seth Lundy, one of four scorers averaging in double figures at 13.7 ppg. Jalen Pickett (13.3 ppg), a transfer from Siena, has been hot of late, averaging 15.8 points for Penn State over his past five games.