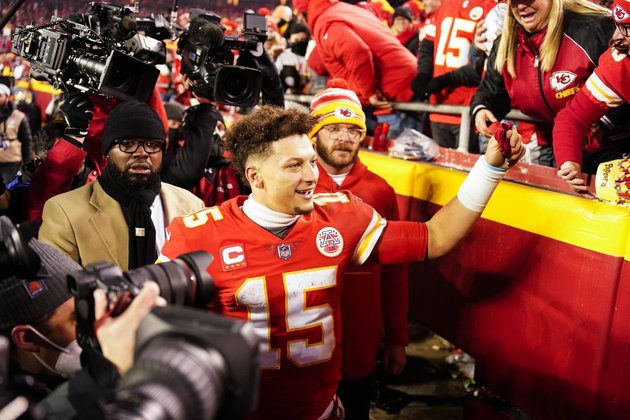 Following a thrilling victory in overtime against the Buffalo Bills on Sunday, the Kansas City Chiefs are a touchdown favorite to defeat their next playoff opponent, the Cincinnati Bengals, in the AFC Championship game on Jan. 30.

The Los Angeles Rams, who defeated Tom Brady and the Tampa Bay Buccaneers in the other divisional game on Sunday, opened as 3.5 point favorites over the San Francisco 49ers in the NFC Championship game, also on Jan. 30.

Caesars Sportsbook also listed the Rams-49ers over/under at 46.5 points and the over/under for Chiefs-Bengals at 53.5 points.