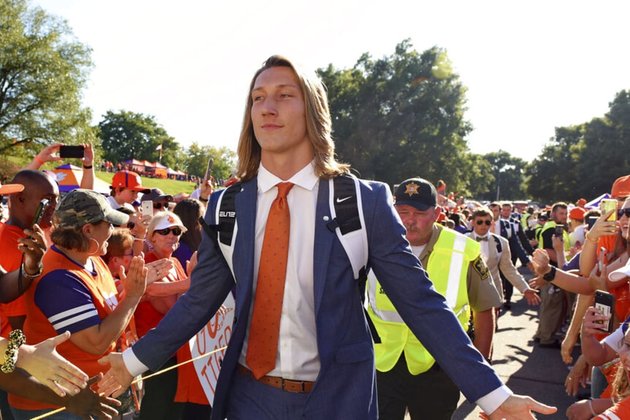 1.The Jaguars take a Warren Buffett-like approach to drafting. Perhaps it is a coincidence, but Jaguars Head Coach Urban Meyer and General Manager Trent Baalke seemingly followed the sage advice of the investment wizard by selecting blue-chip players from big schools. Like Buffett routinely invests in brand-name companies, the Jaguars' draft haul consists of a collection of top players from top schools. Eight of the team's nine draft picks played at Power 5 schools (edge defender Jordan Smith started his career at Florida before transferring to Butler Community College and Alabama-Birmingham) and the team only selected players who played at the FBS level. While some teams opt to mine the lower levels for hidden gems, the Jaguars focused the efforts on acquiring solid players from the premier programs. As a three-time national champion at Florida and Ohio State, Meyer dominated opponents with a roster loaded with four- and five-star players. Although he is unable to "recruit" in the NFL, it is apparent that Meyer wants the best players from the best programs on his team as he attempts to transform the Jaguars into a winner. By focusing exclusively on adding blue-chip players from elite programs, the coach is sticking to a tried-and-true formula that has helped him win big at every stop.

2.The Jaguars are a bigger and faster team after draft weekend. We've heard Meyer and Baalke talk about upgrading the size, speed and athleticism on the roster. The Jaguars certainly made good on that promise by acquiring a collection of "prototypes" at each position. All draftees possess "plus" dimensions and measurements, and their athletic profiles would fall into the elite category. From quarterback Trevor Lawrence's spectacular combination of arm talent and athleticism to running back Travis Etienne's and cornerback Tyson Campbell's speed and burst to offensive tackle Walker Little's and Smith's length, the Jaguars have assembled a collection of mannequins with impressive traits. As the team attempts to close the gap on their division rivals and the rest of the AFC, the emphasis on building a bigger, stronger and faster team stood out over draft weekend. If Coach Meyer and Co. can transform this new collection of five-star athletes into a collection of A-list players, the Jaguars could quickly emerge as a competitive team in 2021.

3.The Jaguars value production over projections. The scouting process requires evaluators to toe the line between valuing past performance against potential and long-term projections. Coaches and scouts can fall into the trap of gambling on a prospect's upside instead of trusting the performance and production that has been put on tape over a prospect's collegiate career. The Jaguars resisted the temptation to roll the dice on a bunch of developmental players with intriguing physical tools. Each draftee selected has a solid resume of production and the track record of performance suggests that similar results are possible at the NFL level. Although there aren't any guarantees in this business, the Jaguars are taking a "see-it-to-believe-it" approach to the draft that could reduce the bust factor in the process.

1.Not every hole gets filled. The reality of the NFL Draft is you can't always fill every need if you stay true to your pre-draft evaluations. This was the Jaguars' story at tight end this weekend, as Meyer and Baalke explained when discussing the draft late Saturday. The Jaguars entered the draft hoping to address receiving tight end. There were players at the position they liked, but the Jaguars didn't feel the players made sense in terms of value at the time the Jaguars were on the board. Say, for instance, they selected a tight end at No. 33 when they had multiple other players graded significantly higher at the time. That would have meant taking a lesser player over a potentially very good player. This wasn't considered a great tight-end class outside University of Florida tight end Kyle Pitts, who went No. 4 overall to Atlanta. With him being out of reach for the Jaguars, there were no tight ends they believed worth trading up or reaching to get. At that position this weekend, the board didn't fall their way.

2.Trader Trent arrived at the right time. Much was made of Baalke's history of trading during his six drafts as general manager of the San Francisco 49ers from 2011-2016, plus one he controlled after a late leadership change in 2010. After not executing a trade in the first two rounds of his first draft with the Jaguars this weekend, he made his only trade of the 2021 NFL Draft at a logical time. The Jaguars used their No. 130, No. 170 and No. 249 selections to trade up nine spots to No. 121 - also receiving the No. 209 selection from the Los Angeles Rams. They used No. 121 on the player they believed the best pass-rusher remaining at the time - Smith. In what was generally considered a relatively thin draft because many college players opted to return to school after COVID-19-impacted seasons in 2020, the Jaguars essentially used a seventh-round selection to move up and target a desired player. At first glance at least, the Jaguars paid a comparatively small price to pursue a pass rusher. That's a tolerable risk considering the circumstance.

3.Don't forget about Trevor. When analyzing the draft, it's easy to get lost in the weeds of the later rounds; the draft, after all, is a marathon event and names flow from draft boards at a numbing pace in Rounds 6 or 7. In that vein, let's not forget or underemphasize the event of early Thursday evening when assessing this draft for the Jaguars. They selected Clemson quarterback Trevor Lawrence - not only the No. 1 selection in this draft but the most-highly-regarded quarterback to enter the NFL in nearly a decade. This is not to say nothing else matters in this draft. The other eight selections mattered very much. But if Lawrence is good as expected, this was a franchise-changing, turning-point weekend. And this franchise has long needed that. 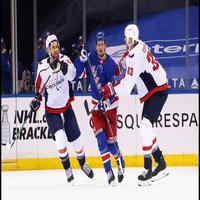