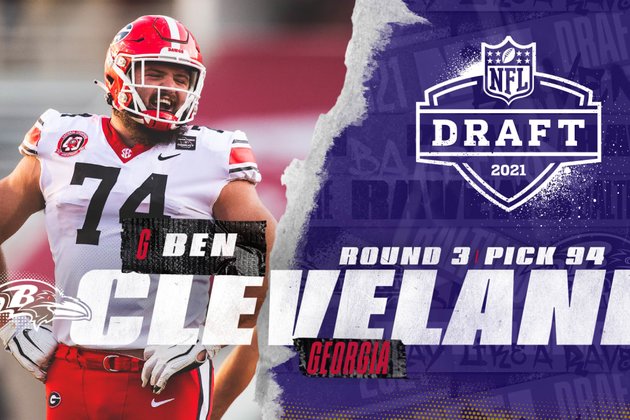 There were fist pumps in the Ravens' draft room after guard Ben Cleveland was selected with the 94th pick.

He's a player Baltimore has been eyeing for weeks, a huge and powerful prospect in a draft where the Ravens were shopping for offensive linemen. Cleveland was an all-conference starter at right guard at Georgia, a player who has handled himself well in big games against elite competition. Getting a talented offensive lineman on Day 2, after selecting a wide receiver and pass rusher on Day 1, fit right into the Ravens' game plan for the draft.

Why he fits the Ravens: Cleveland played primarily at right guard for Georgia, but he took reps at left guard and has the versatility to play there. That suits the Ravens, who signed veteran Kevin Zeitler to play right guard, but who may need a new starting left guard if Bradley Bozeman moves to center. It remains to be seen how the offensive line shakes out, but Cleveland gives the Ravens another guard option whether he starts or adds to their depth. In a run-heavy offense, having versatile and physical offensive linemen is crucial for the Ravens, and they traded Pro Bowl tackle Orlando Brown Jr. less than a week before the draft. Drafting at least one offensive lineman was virtually a must, and Cleveland is a prospect they were truly high on.

How the pick went down: It was a long wait for the Ravens without a second round pick, knowing that many players they liked would come off the board before they picked at No. 94. But General Manager Eric DeCosta remained patient as several offensive linemen who had been linked to the Ravens in mock drafts went earlier in the third round, like Jalen Mayfield of Michigan (68), Brady Christensen of BYU (70) and Wyatt Davis of Ohio State (86). But after the Buffalo Bills took offensive tackle Spencer Brown of Northern Iowa at No. 93, the coast was clear for the Ravens to draft Cleveland. The Ravens have drafted an offensive lineman in either the third or fourth round in six consecutive drafts.

Scouting report: "Cleveland isn't just a burly interior lineman. He has a legitimate pro, wide-body frame with desired lean mass and proportional build. The fundamentals into his first strike are sound, but he loses the sustain phase faster than expected for a man with his size and strength. He should become an average starter, but has a chance to upgrade to a quality starter if a team can coach him up to become a more consistent people-mover." - Lance Zierlein, NFL Media

Background: Nicknamed "Big Country," Cleveland likes to hunt and fish and hails from Toccoa, Ga., where he was also a standout baseball player. His football team at Stephens County High School went to the state playoffs four consecutive years. He was an excellent student who graduated from high school early and started taking classes at Georgia in January of 2016, majoring in criminal justice.

What the Ravens said: "At the start of the day, if you had told us we could've gotten Ben Cleveland, we would have turned it right in. It was a relief to see him available." - General Manager Eric DeCosta

"He'll definitely have a chance to compete at left guard. He gives a chance possibly to move Bradley to center. We'll see how that goes. He's a big, strong powerful guy that likes to rough people up. Ben was a guy that we really wanted. I was kind of being a little bit of a nervous Nellie. I kind of wanted us to trade up." - Head Coach John Harbaugh

What Cleveland said: "It's a dream come true. This is everybody's dream as a kid growing up who plays football. There's no place that I'd rather be. I fell in love with the coaching staff and the program that the Ravens have. I think it's going to be a great fit for me." 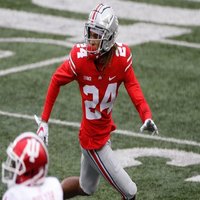 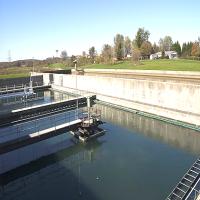